Carles Riba i Bracons (Barcelona, 1893-1959). A writer, poet and translator, at a very young age became part of the Catalan cultural framework, as a director and contributor for various magazines, and as a teacher at the Escola de Bibliotecàries (School of Librarians), founded by the Commonwealth of Catalonia. As well as being the author of fundamental poems in Catalan literature, he also excelled in translating English, French and German classical authors. He married the poet Clementina Arderiu, and they were forced into exile in Montpellier and Royssie-en-Brie after the civil war and, where they met other writers committed to Catalan nationalism. They returned to Catalonia in 1943, and Riba resumed his professorship at the Fundació Bernat Metge (Bernat Metge Foundation) and continued translating works of classical authors. His classical and Anglo-Germanic background is evident in his poetry, but also in his criticisms and analyses of literary work that appear in various collections.

The National Archive of Catalonia holds the Carles Riba and Clementina Arderiu collection, including personal and professional documents and correspondence received by Carles Riba. And the Biblioteca de Catalunya holds the Riba - Arderiu library, granted by the Institut d'Estudis Catalans (Institute of Catalan Studies), made up of around 2000 volumes and some 250 more donated by the family. There is also a collection of manuscripts comprising notes interspersed among the books and other documents from various sources. 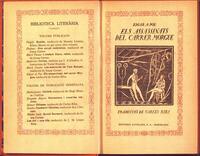